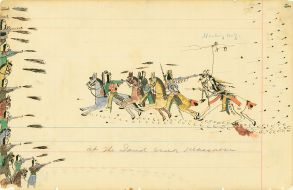 “Beyond Wind River: The Arapaho and Fort Chambers” is the latest documentary by Alan O’Hashi and Boulder Community Media.

Flash forward to 2018 when the city of Boulder government purchased the fort location as open space and a group of citizens called Right Relationship Boulder (RRB) is working to repatriate that land, in some form, back to the Arapaho people.

This is a story about a chapter in Boulder’s cultural history told from the perspectives of the Arapaho people. Arapaho cultural traditions are oral ones.

RRB is a group of Native and non-Native Boulder-area residents who work with local governments and organizations to help all residents learn about the Native peoples who lived here historically, and who live here today.

RRB is also the lead organizer of Boulder Indigenous People’s Day that happens in October. 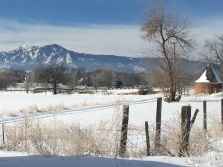 The city of Boulder purchased the Chambers property east of Boulder.

The Chambers property includes a home and pasture land along Boulder Creek at Valmont and 61st east of town.

Stay tuned, for project updates. BCM is also seeking contributions of any amount towards the project to match the Boulder Arts Commission grant.

Contributors will be included in the movie credits. 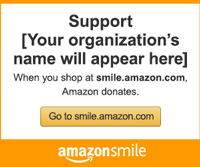